Can robots be conscious?

Robert Lawrence Kuhn asks the same question with a different point of view in his article published in www.space.com : “When Robots Colonize the Cosmos, Will They Be Conscious?” 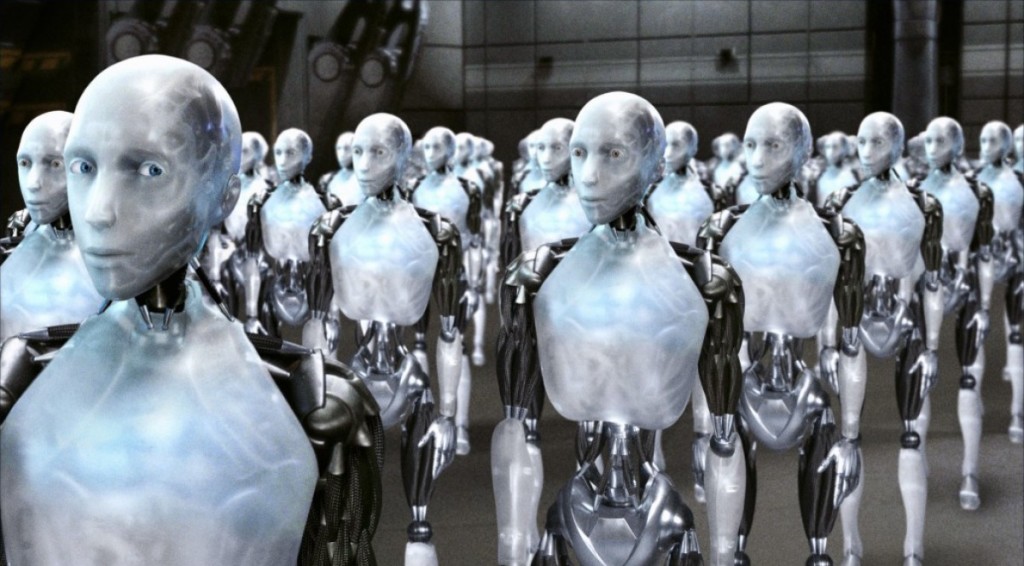 From the film I, Robot

So he assumes that robots will conquer cosmos instead of biological beings. He says, “The first colonizers of the cosmos will be robots, not humans. At some point, they will become self-replicating robots that construct multiple versions of themselves from the raw materials of alien worlds.”

I’m not sure of this assumption. Maybe a hybrid solution is possible. Or, there might be some conscious biological entities that can live in extreme conditions. In such a case there will be no need to robots to colonize the cosmos for the benefit of them.

Before we talk about the details of the colonization of the cosmos, we should ask the famous paradoxical question of Fermi: “Where are these aliens?”

If “the colonization of the cosmos” is a possibility, then it should have been completed until now. Because the required total time is not very long considering the age of the universe. (It is estimated 3.75 million years for a complete colonization: http://blogs.scientificamerican.com/life-unbounded/mass-effect-solves-the-fermi-paradox/)

I hope you will find some answers to your personal questions.

Smart Techno clocks Normally clocks and watches are devices for tracking time. In the history, there were many different types...